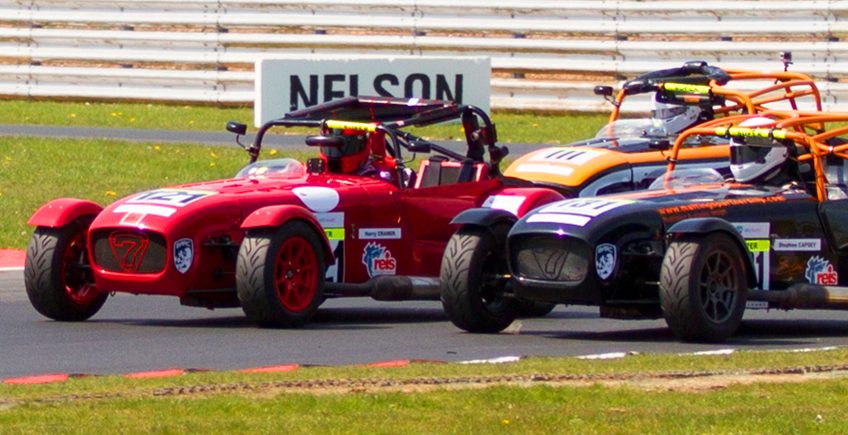 Driving a Caterham is an art and a skill that take most people months, possibly years to perfect.

The most common type of Caterhams that get raced are the 1.6l engined cars in the Roadsport, Tracksport, Sigma, Super, Sigmax and Mega categories of various championships. These cars all have two fundamental characteristics; they’re very grippy and not particularly powerful.

Firstly, let’s consider the power. A ‘dry’ Caterham will weigh something in the region of 520kg, and will have an output of somewhere around 130 BHP at around 6,000 RPM. This gives a power to weight ratio of about 250 BHP/tonne.

By road car standards this is fairly powerful, but on the race track this is towards the lower end of the power scale. This means that the acceleration and top speed of a Caterham race car won’t win many ‘Top Trumps’ battles.

This means a fairly delicate driving style, as the aim is to scrub off as little speed as possible. Any speed that you scrub off not only loses you time in the corner where you could be travelling faster, but also coming out of the corner where you then will need to accelerate back up to speed again.
Smoothness and consistency are absolutely key to getting the best lap times out of a Caterham. More often than not speed is unnecessarily scrubbed off by sliding the car. Call it skidding, drifting or oversteering, it may look cool, but it’s going to cost you a lot of time in a Caterham, so where possible keep all four tyres facing the right way, and try to keep those mid corner speeds up.

Next, it’s important to understand the handling characteristics of the car. Caterhams have a tendency towards understeering, particularly those without the benefit of a limited slip differential. There are two ways to combat this; firstly, reduce your entry speed to the corner, and secondly, try to flick the car around the corner so that the back end follows the front end.
Generally, the quicker option is to work with the understeer, letting the car push on a bit then trying to coax the front end into the apex and get the back end round a bit so that the car turns in as it should. To do this, you find the limit of the front end grip in the car, then go very slightly beyond that limit. This is purely because of the power issue mentioned above, and in most formulas would prove to be the slower way to get round the corner.

There are many, many other factors involved in driving quickly, but we won’t give everything away in one go! 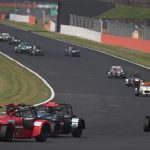